A Day With an Astronaut 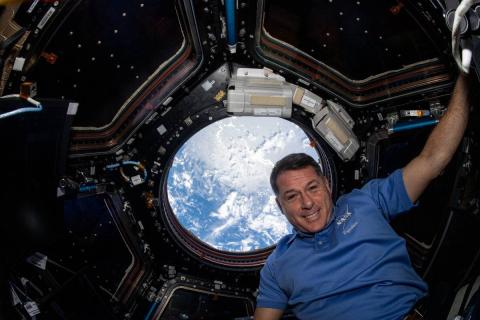 Georgia Tech’s College of Engineering will host a question-and-answer session with NASA astronaut and alumnus Shane Kimbrough on Friday, March 4. The free event, open to students, faculty, and staff, will be held in the Clough Undergraduate Learning Commons (room 152) from 12:30 – 1:30 p.m.

Kimbrough is returning to his alma mater for the first time since living on the International Space Station (ISS) for six months in 2021. In three trips to space, he has spent 388 days away from Earth, the fourth highest total among U.S. astronauts.

The event will be moderated by Naia Butler-Craig, a Ph.D. student in the Daniel Guggenheim School of Aerospace Engineering. Butler-Craig is a NASA Space Technology Graduate Research Fellow and a NASA Pathways intern in the Science and Space Technology Systems branch at Glenn Research Center. The Q&A will be streamed live on the Georgia Tech YouTube channel, where viewers can submit questions. K-12 schools around Atlanta will also participate remotely.

The Q&A session is one of several Georgia Tech events for Kimbrough on Friday. He will spend the morning touring labs dedicated to spacecraft design and space-related research. That evening, he will throw out the first pitch at Georgia Tech’s baseball game against the University of Georgia. The action starts at 6pm at Russ Chandler Stadium.

Kimbrough grew up in Atlanta, attending Georgia Tech sporting events as a kid. He was an NCAA pitcher while earning his undergraduate degree at the United States Military Academy. After nearly a decade serving in the U.S. Army, Kimbrough graduated with a master’s degree in operations research from the H. Milton Stewart School of Industrial and Systems Engineering (ISyE).

Kimbrough was selected to be an astronaut in 2004. His first mission was aboard space shuttle Endeavour in 2008. He returned to orbit in 2016 aboard a Russian Soyuz rocket, serving as commander of the ISS for six months.

During his three missions, Kimbrough has taken Georgia Tech jerseys and a flag from the Ramblin’ Wreck into orbit. He also threw out the first pitch in a taped ceremony from the ISS before a 2021 Georgia Tech baseball game and recorded a message that was played during last fall’s space-themed football game. 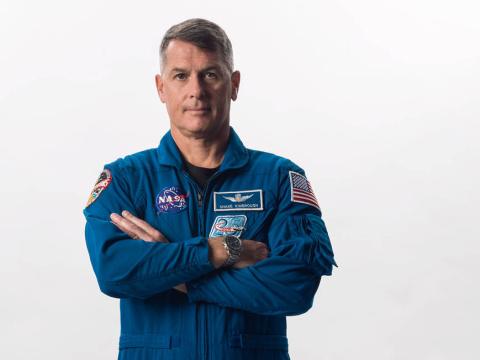 Campus and Community
Science and Technology