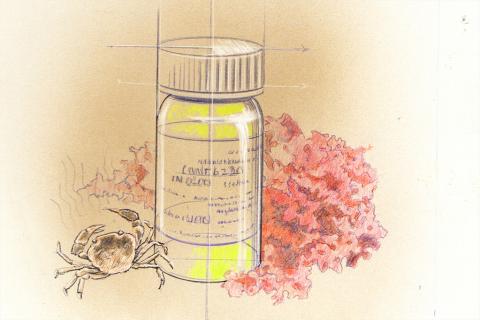 This feature by Tony Rehagen was first published in Georgia Tech Alumni Magazine.

Of all earth's ecosystems, the biggest might be the one about which we know the least. Our oceans cover more than two-thirds of the planet’s surface, and yet more than 80% of that is uncharted. Scientists estimate that 91% of ocean life has yet to be classified. But what little we do know might be the key to solving some of land-dwellers’ most vexing problems.

Julia Kubanek is vice president for Interdisciplinary Research and a professor in the School of Biological Sciences and School of Chemistry and Biochemistry. She and her team study how ocean organisms, such as crabs and mollusks, use chemicals to feel out their environment and communicate with each other. This work has not only produced insight on how humans use chemical cues but also led to discovery of chemicals that can be used to create drugs that treat human disease. “Some of these molecules that function as cues in animals and algae can be useful to us too,” says Kubanek.

“For instance, usually toxins are considered bad, but you can use them to explore human cells,” she says. “You can also use paralytic toxins for neuroscience. We’ve even discovered molecules that function as natural antibiotics in the water and co-opted those functions that are applicable in medicine.”

Kubanek and her team have examined certain types of seaweed found on coral reefs, which are usually sites of intense competition. Yet the seemingly defenseless seaweed there grows a healthy, vibrant red without any sign of attack from predators or microorganisms. Upon further study, Kubanek and company discovered dozens of molecules that protect the plant from fungal attacks—some of which also have been found to kill the parasite that causes malaria. Additional study of molecules from other sponges and seaweed has revealed molecules with antiviral properties, including one currently under review that appears to be able to kill the virus that causes Covid-19.

“These compounds can be models for new drugs,” says Kubanek. “Chemists can mimic the natural products and create derivatives that are better for human application and drug discovery.” Kubanek’s study of chemical cues is also leading to discoveries of how organisms use chemicals to protect themselves from predators and competition, as well as disease. The possible applications for humanity, beyond just conservation, are as limitless as the sea.

We often think of nature as an obvious source of inspiration, especially when it comes to art. Countless paintings, photographs, symphonies, books, and films have either directly or indirectly taken cues from the wild world around us. But artists aren’t the only ones who see Mother Nature as a muse. Increasingly, scientists and engineers are looking to flora, fauna, and even our own biological building blocks to find answers to humanity’s biggest mysteries.

Georgia Tech researchers are at the forefront of this vast frontier of discovery. They’ve ventured outside of the lab and gone on safari, danced into the woods, dived beneath the ocean waves, and even turned the microscope inward on our own bodies to find clues on how to do everything from help us better communicate with robots to cure disease. Here are the stories behind some of Tech’s wildest innovations.

Learn how other Georgia Tech researchers are developing innovations inspired by nature. 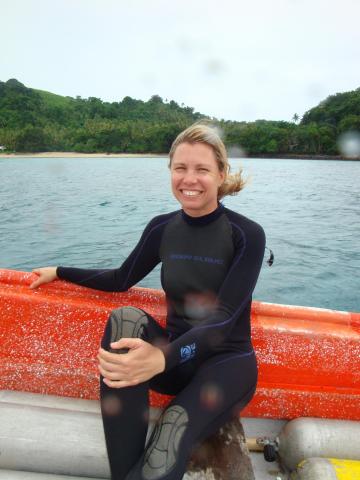 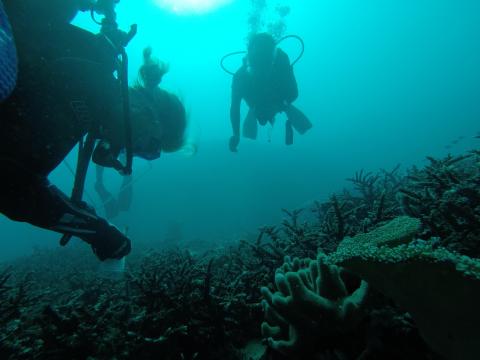